All the ray tracing and DLSS games confirmed so far

Thinking about upgrading to a ray tracing capable graphics cards, but are wondering which games support ray tracing and DLSS? Then we've got the list for you.

All the ray tracing and DLSS games confirmed so far

Thinking about upgrading to a ray tracing capable graphics cards, but are wondering which games support ray tracing and DLSS? Then we've got the list for you.

Prior to launch, we reported that AMD had not confirmed to AIBs the existence of Radeon RX 6900 XT SKU, although the AIBs we spoke with already knew about it. The announcement of reference AMD Radeon RX 6900 XT earlier this week and the few custom Radeon RX 6800 XT models yesterday, does appear to confirm that board partners were not allowed to prepare the custom 6900XT cards for launch.

We were told by AIBs this week that the delay of RX 6900XT to December 8th, could mean that AMD will, in fact, allow board partners to customize the design (eventually). AMD has no technical reasons to block AIBs from customizing the design, only financial reasons. It does not prevent AMD from disallowing AIBs to sell reference RX 6900XT cards, although that also has not yet been confirmed.

AMD Radeon RX 6900XT and RX 6800XT have a lot in common. The cards share the same clock speeds: 2015 MHz game clock and 2250 MHz boost clock. The SKUs also share the same memory layout: 16GB GDDR6 256-bit. More importantly, though, these cards use the same Navi 21 GPU with the same power requirements (300W). Thus, a custom Radeon RX 6900XT design would require very limited resources from AMD partners, as the board designs are ready, and cooling solutions are already preconfigured for the same power envelope.

Today, Andreas Schilling from HardwareLuxx reported that AMD is in talks with AIBs about custom RX 6900XT models. Hopefully, the customization won’t be limited to sticker replacement:

AMD is in talks with partners about custom models of the Radeon RX 6900 XT. So far, there is just a MBA (made by AMD) planed, but obviously partners are interested in offering own designs with custom coolers. pic.twitter.com/LTrWySzua4
— Andreas Schilling (@aschilling) October 30, 2020
Clique para ver tudo...

AMD Radeon RX 6000 Series Stock to be Limited at Launch?

As per multiple sources, the supply for AMD’s newly announced Radeon RX 6000 series graphics cards will be rather limited, at least on launch day. Unlike NVIDIA’s RTX 30 series lineup, this won’t be a paper launch but let’s just say that not everyone will be able to get hold of a Big Navi GPU in November itself.

“Yesterday I asked polish shop Morele.net about preorders and they confirmed that there will be option but they don’t know yet when. Also they said they expect problems with stock as it was with Nvidia gpus.”
via AMD Subreddit
“It should be quite difficult to get a new card to be cool. To be honest, it is quite unexpected that Lisa Su dares to bet on this release date. I think it should only start to increase in December.
In fact, the production capacity has always been sufficient, but how much of these production capacity of Navi may depend on Sony and Microsoft’s next-gen consoles.”

For the moment, we’re quoting two sources, one from a user on the AMD subreddit and the other on the PTT forums. Both claim that while the production capacity isn’t limited, the sheer number of 7nm based products of AMD has put some serious pressure on TSMC’s 7nm foundries. Not only are the new Ryzen 5000 CPUs based on the same 7nm node, both the next-gen Xbox Series S|X and PS5 consoles also leverage the same process node. 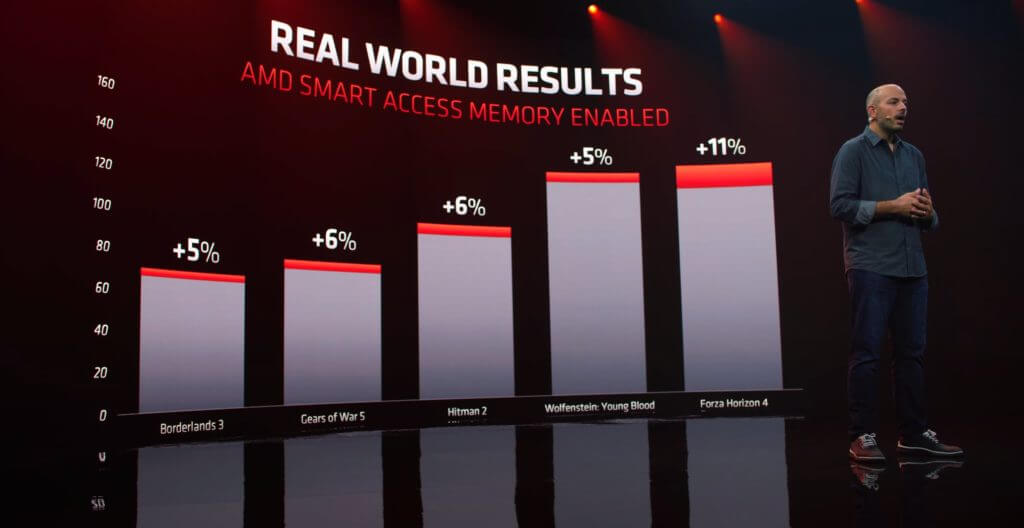 For the moment, it looks like AMD will be prioritizing the Zen 3 CPUs and the consoles as that’s where most returns are expected from. Furthermore, the complete absence of the RTX 30 series GPUs from the market means that AMD isn’t under any sort of pressure to quickly ramp up Big Navi supply within the very first month of launch.


We’ve reached out to both AMD and some retailers and will update this post accordingly.


Meanwhile, it looks like we’ll be seeing board partner models of the Radeon RX 6900 XT in early 2021 as already reportedly. At present, AMD is in talks with AIBs to set a date for the launch of the third party cards. The primary reason for the late launch of the third-party cards is that supply for the 6900 XT which will be based on the full-fledged Navi 21 (XTX) die will be the lowest of all Big Navi parts, partly due to yields and partly cos this is the largest GPU die AMD has made in several years. We should see the first AIB cards at around CES 2021, along with the Ryzen 5000 mobile APUs.