Sent from my SM-G935F using Tapatalk 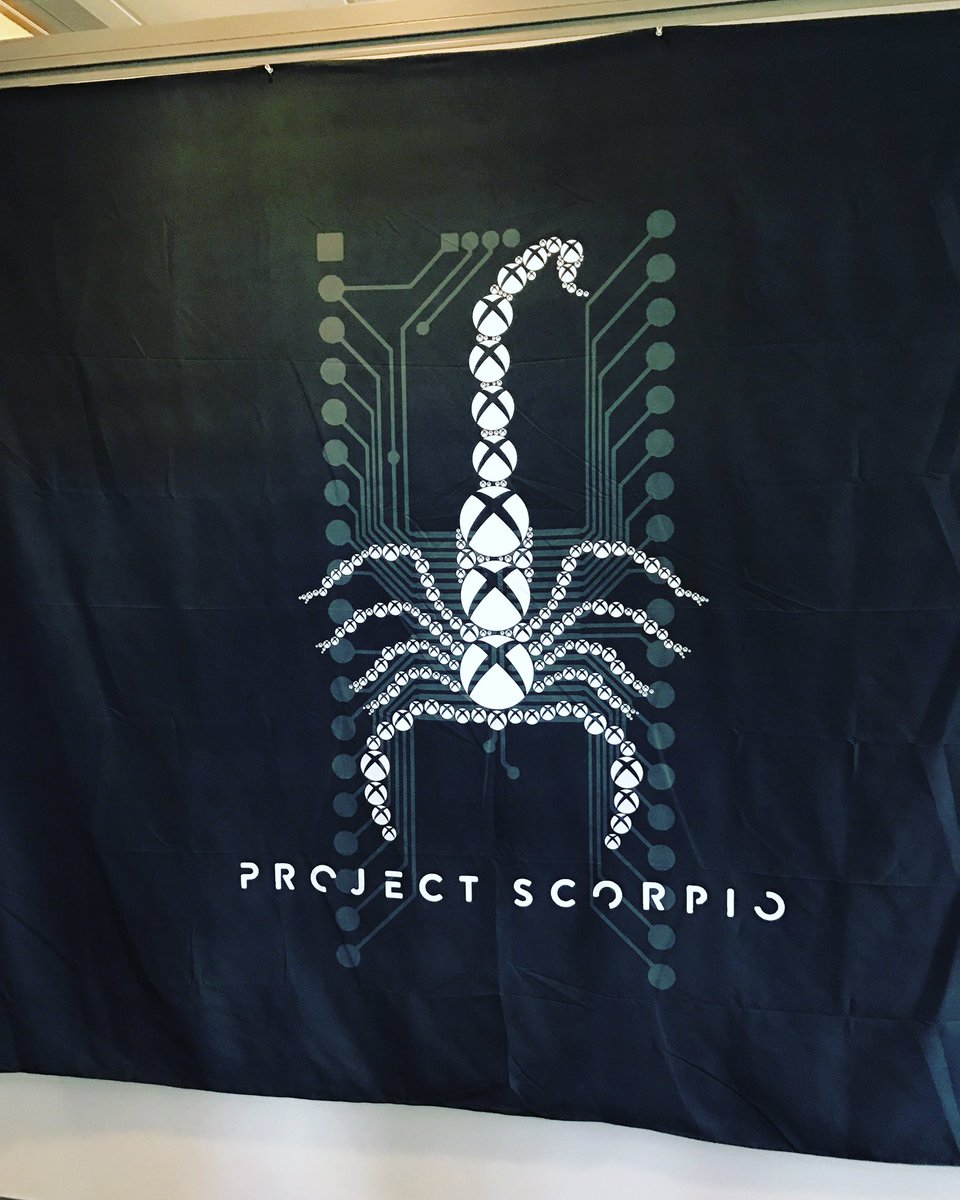 What we know about Project Scorpio
​
Project Scorpio will be the most powerful console ever made
Microsoft claims that Scorpio will rock six teraflops of computational power and 320GB/s of memory bandwidth. Microsoft is aiming for uncompromising 4K UHD resolution gaming with Project Scorpio. The current Xbox One has a peak throughput of only 1.3 teraflops with a theoretical maximum of 200GB/s of memory bandwidth, making Scorpio potentially more than 4.5 times more powerful than the Xbox One. Project Scorpio will share an OS with the Xbox One
It will leverage all the same features, including Universal Windows Platform (UWP) apps and features, Cortana, background music support, and beyond. We revealed back in November that Microsoft was working on a refreshed dashboard without Snap Mode. We believe that Scorpio will be updated with Windows 10's Compact Overlay Mode, bringing the functionality in line with the UWP toolset. Project Scorpio will feature, UHD Bluray, 4K game DVR and streaming capabilities
In March, we revealed that Project Scorpio will leverage the latest HEVC codecs to encode video game footage in 4K for creating clips and streaming to Beam and, presumably, other services. We also received confirmation from our sources that it will feature an Ultra-HD Blu-ray player. These features will help Microsoft slam home the narrative that Scorpio is a true 4K machine.

Microsoft has really stepped up its hardware game in recent years, seeing devices like the Surface Studio, HoloLens, and Xbox One S emerge from the labs at Redmond. You can expect Scorpio to follow the same levels of industrial build quality as the Xbox One S.

We don't know every feature Scorpio will have. Will there be a new Kinect? Will there be an Amazon Echo-like voice play? IoT devices using Microsoft Homehub? I think it's safe to say Microsoft still has a few secrets up its sleeve, and Scorpio could certainly get a Surface-like plot twist that differentiates it for its chief competitor, the PlayStation 4 (PS4) Pro. Stay tuned for more information as we get it.

This subject has been beaten down to dust by both this community and phil Spencer.. At the latest event in Australia he confirmed that scorpio will be able to do more than xbox one regarding BC games... So the answer is yes

This subject has been beaten down to dust by both this community and phil Spencer.. At the latest event in Australia he confirmed that scorpio will be able to do more than xbox one regarding BC games... So the answer is yes