RT.com disse:
‘If you are conservative, you have no chance’: Games journalism insider outs ‘clique’ that runs industry like private domain 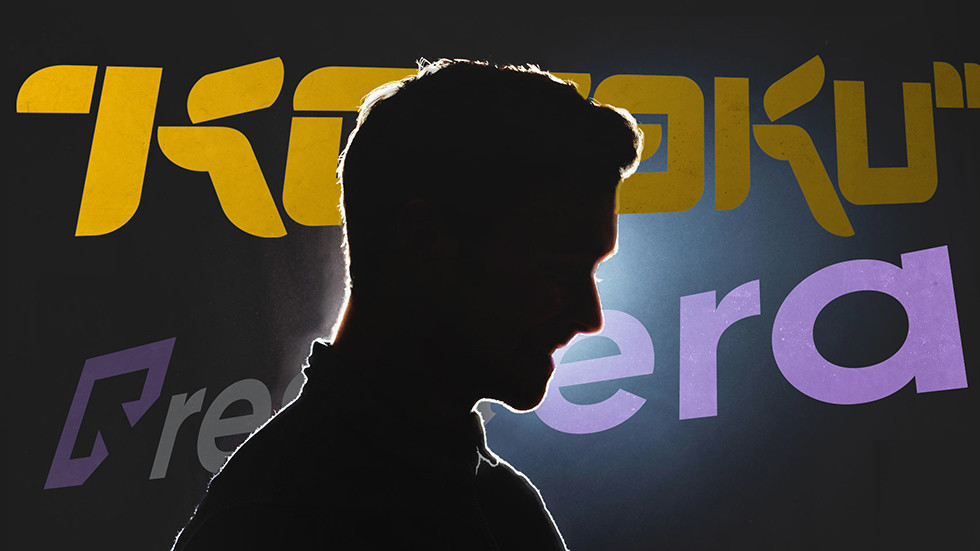 By Sophia Narwitz, a writer and journalist from the US. Outside of her work on RT, she is a primary writer for Colin Moriarty's Side Quest content, and she manages her own YouTube channel.

An influential figure from a leading gaming website says that a clique of like-minded media figures are colluding to prevent right-leaning journalists and developers from having a voice in the industry.

“If you were openly a conservative and tried to apply to any of the mainstream outlets that are on the coasts, I don’t think you’d have a chance in hell of getting in,” says the senior source, who wishes to remain anonymous for fear of repercussions.

The “clique” is composed of journalists from well-known gaming and tech websites: among them Kotaku, Polygon, Vice, Ars Technica, GameDaily, Gamespot, Eurogamer and loads more.
“People won’t write something, or we won’t say anything on Twitter or whatever because you spew one wrong opinion and you’re asking for trouble,” says the source, who has admitted keeping their own opinions private to avoid sanction.

“Unless you don’t care about potential opportunities within the industry, a lot of people just don’t say what they’re actually thinking.”

The dominance has directly impacted the integrity of the journalism at the publications run by the clique members.

In one example, which was described to me in detail that I have obscured to protect my source, staff members were discussing coverage of a controversial figure who’d been wrongly punished by a gaming organization.

Several members of the site objected, saying that the figure did not deserve fair coverage because they are not a good person.

Their crime? Being openly right-wing.

My source continues: “They don’t want to cover things because they don’t like somebody, and that’s not how you do journalism. That’s blogging.”

The clique’s power has insulated it from criticism, allowing them to get away with many of the offenses they punish others for.

To cite examples: Danny O’Dwyer, formerly of Gamespot, used to drop N-bombs on Twitter. Patrick Klepek from Vice has a history with rape jokes. Laura K Dale, formally of Kotaku, once slandered a comedian only to admit she made the event up. And Jed Whittaker made an entire video where he laughs about rape and also drops N-bombs.

All while devs such as the team behind ‘Ion Fury’ are called “homophobic” in hit pieces because of a pun in their game.

My source believes that the shaming tactics the clique deploys are not just about a hypocritical self-righteousness, but clicks.

"It’s all audience-building tactics. Look at how much people talk about those controversy articles on social media. They know exactly what they’re doing because it works. You sow the dissent, people engage with it, and voila, you got thousands of visitors.”

My source is particularly outraged over the clique’s duplicity when it comes to mental health.

On the one hand, mainstream games journalists will talk up its importance in the industry and within games themselves, or even set up mental health initiatives. In the next instance, they will destroy the public lives of potentially vulnerable individuals for the most minor transgressions.

“People forget how dangerous it is for people with fragile mental health to be dogpiled by potentially thousands of people on Twitter,” they tell me.

My source, who does not consider themselves a conservative – closet or otherwise – says that “people have confused journalism for activism.”

The most notorious recent instance they discussed was the suicide of developer Alec Holowka last year, following accusations of sexual abuse by feminist campaigner Zoe Quinn. 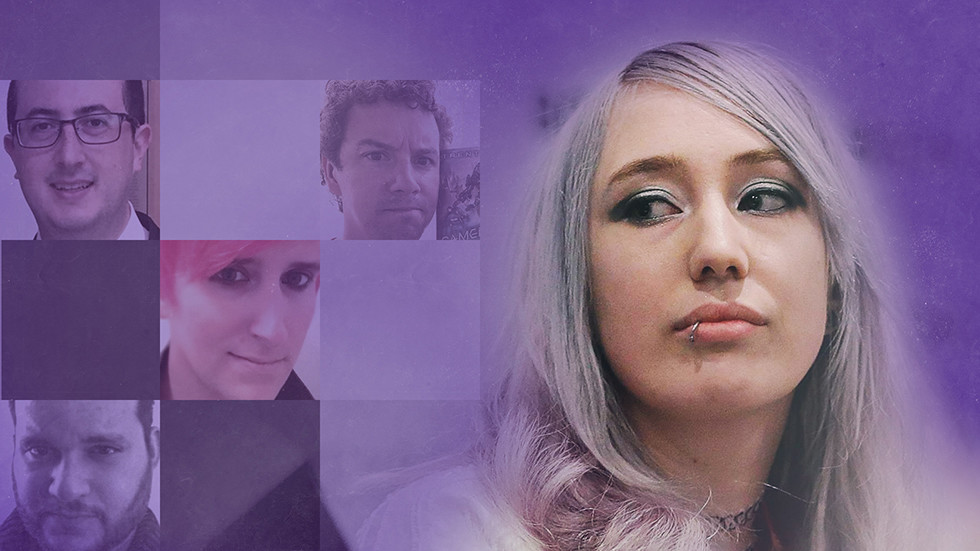 My source was concerned by the witch-hunting atmosphere that made even questioning them impossible, at least until after the subject of accusations was dead.

“If somebody actually wants to see evidence that someone was sexually assaulted, you’re immediately thrown under the bus for just wanting to hear both sides of the story, and that you don’t support victims, even though that absolutely is not true,” they say.

“You can’t get the full story from one side all the time.”

The source believes that the journalists disregarded their fundamental duties, turning into political activists instead.

The source confirmed that the self-censorship – described as “walking on eggshells” – extends beyond journalists.

Its members will often perform Twitter deep dives to extract “problematic” statements, which are then used to imperil careers of game developers who do not have the finances or reputation to defend themselves.

A notable example is ‘The Last Night’ developer Tim Soret, who was demonized in 2017 for saying he was “against feminism” and “for egalitarianism” and supporting Gamergate in years-old tweets.

“They [game developers] are just as sick of the clickbait and out of context quotes as everybody else,” my source reveals.

They say they have been told this in person, and says that this has sown mistrust between the media and game creators.

“A lot of times they [game developers] feel spoken for, from the press, and that’s not what they’re actually thinking,” they say.

“They can’t be open and honest about their actual opinions without something being ripped from them and spun in a way that is negative towards them if they’re not on the same page with everybody else.”

This tallies with my own exchanges with sources from Arkane Studios in 2018, who said that they had to conceal their beliefs while “progressive” members of the team made proud declarations such as “the world would be better off without white men.” The situation led to unresolved tensions within the team.

Will a rebellion rise up?

The existence of a clique probably won’t be surprising to those who follow the industry closely.

In 2014, the leaking of an email chain called Game Journos Pros alerted the public to a behind-the-scenes power structure where the medium’s most influential voices were dictating coverage.

Jump to present day, and it appears the insider communication channels have not just been rebuilt, but made stronger.

Behind the scenes, other writers are aware of what’s happening, but they’re afraid to speak up.

“I think you’d be surprised by how many writers can’t stand the clique in this space. Most won’t say anything because they need the work, ya know?”

They’d also add: “Sounds cowardly, but there’s definitely a lot of fear in this space that people will get cancelled for speaking out against a lot of what’s going on.”

Perhaps in time more will be brave enough to speak out about the suffocating conformity, or even to publish contrary views, but for the moment it’s about bending the knee to the clique – or else.

How the balance shifted entirely in one direction and entirely to one group is due to “just numbers” as my source would say. “They control the messaging, they have the influence, and paint themselves as these moral grandstanders, and anyone that’s not in line with that, are pushed out to carve their own niche.” 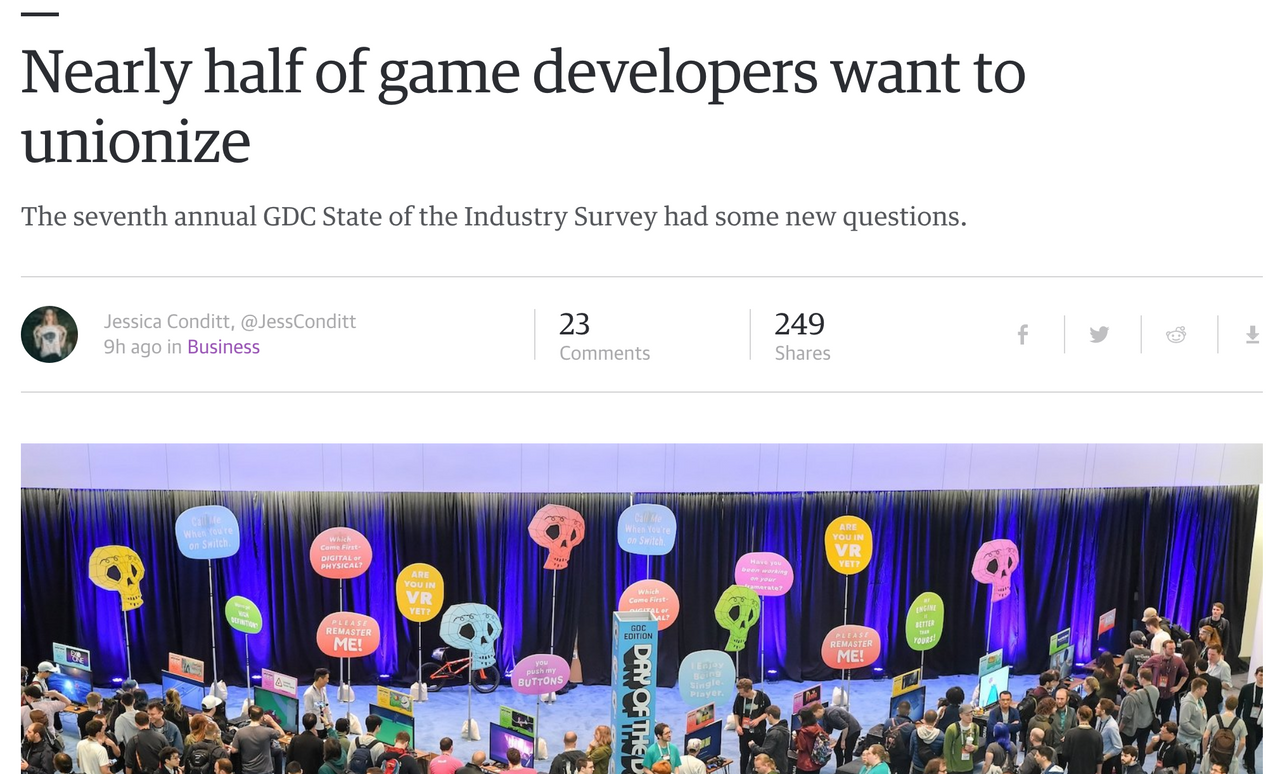 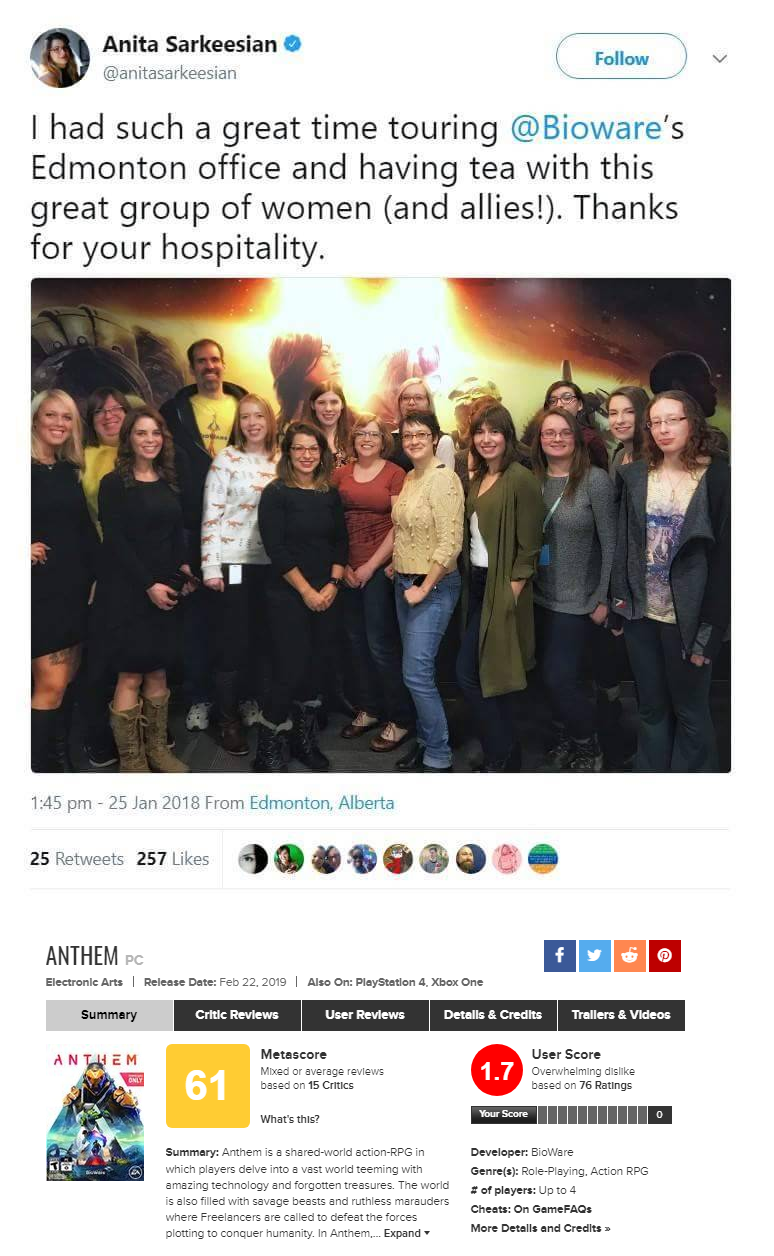 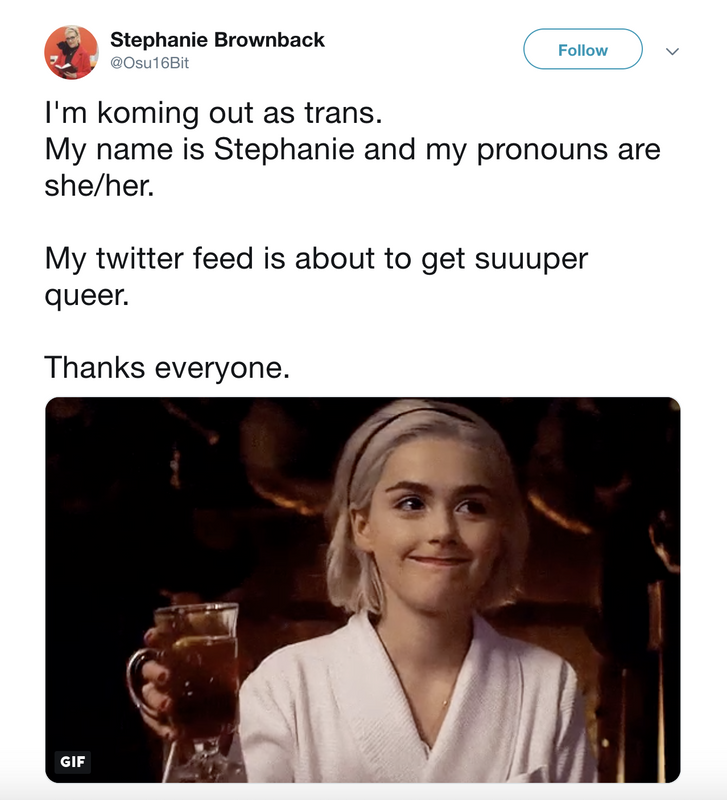 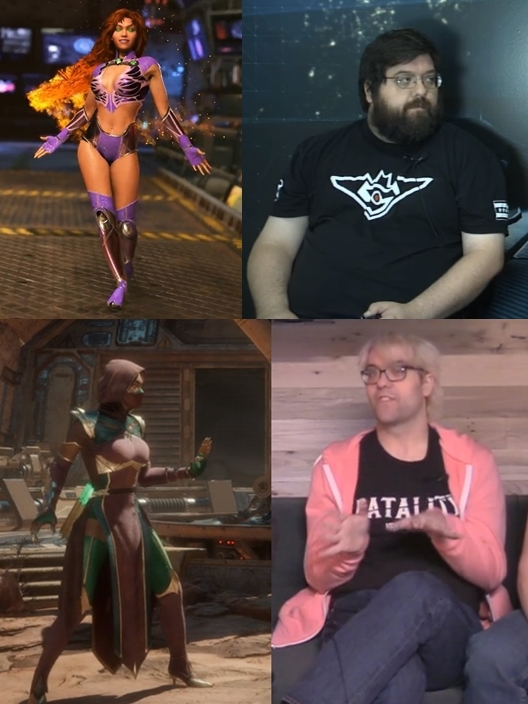 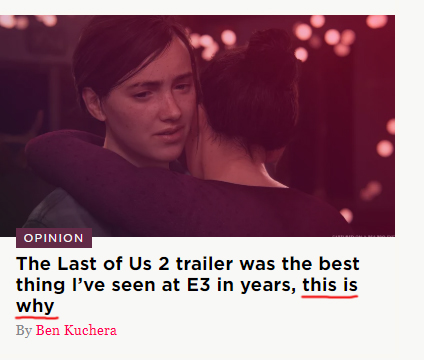 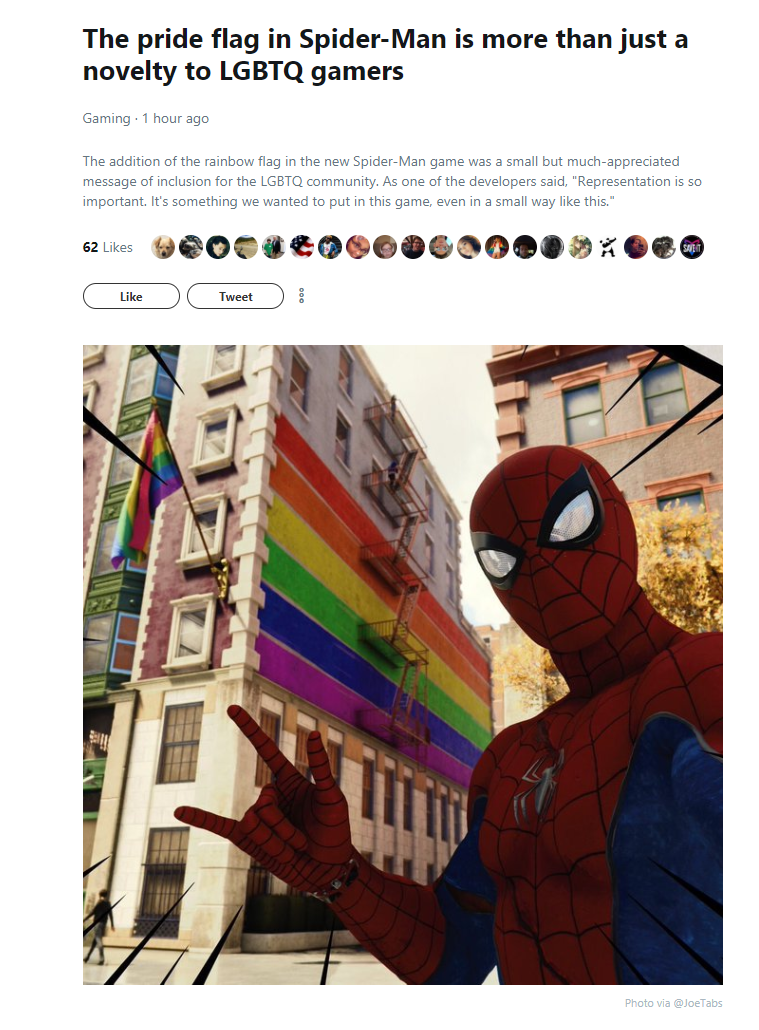 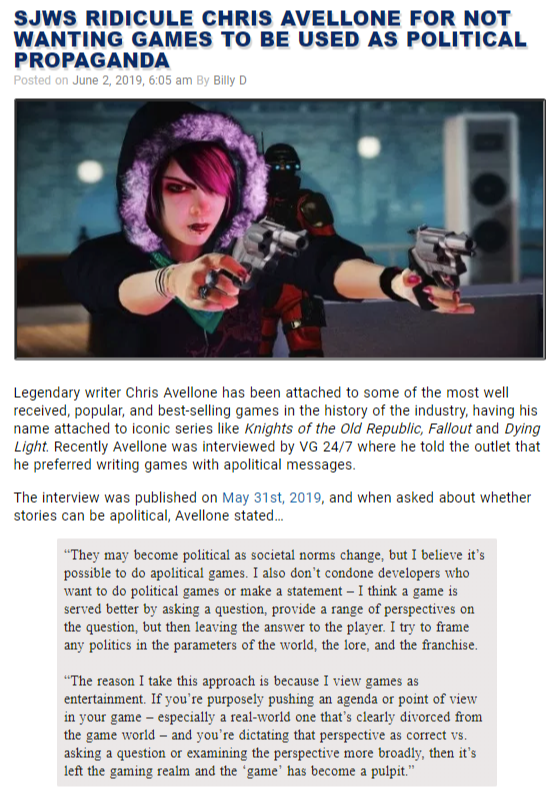 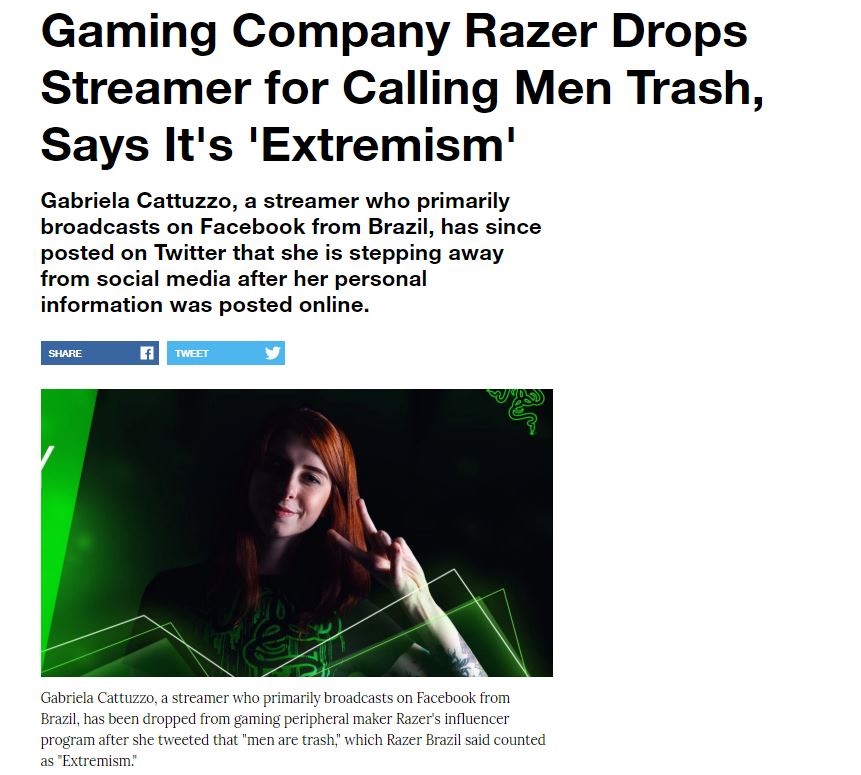 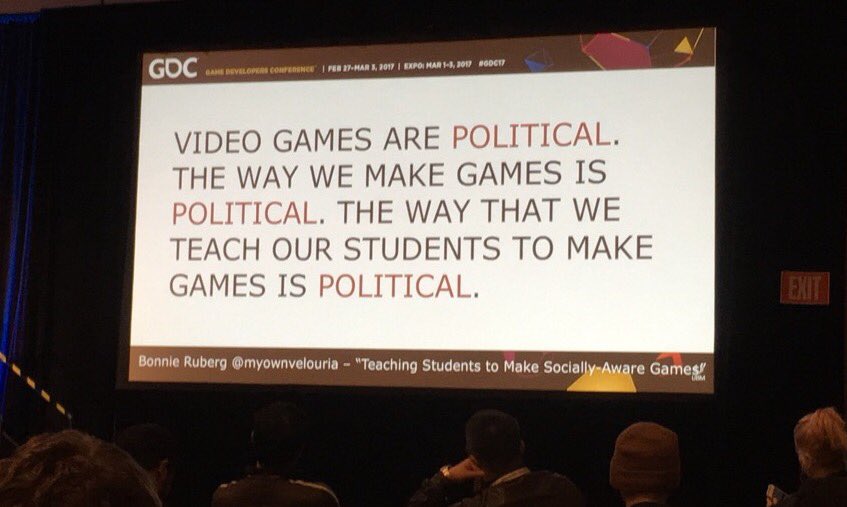 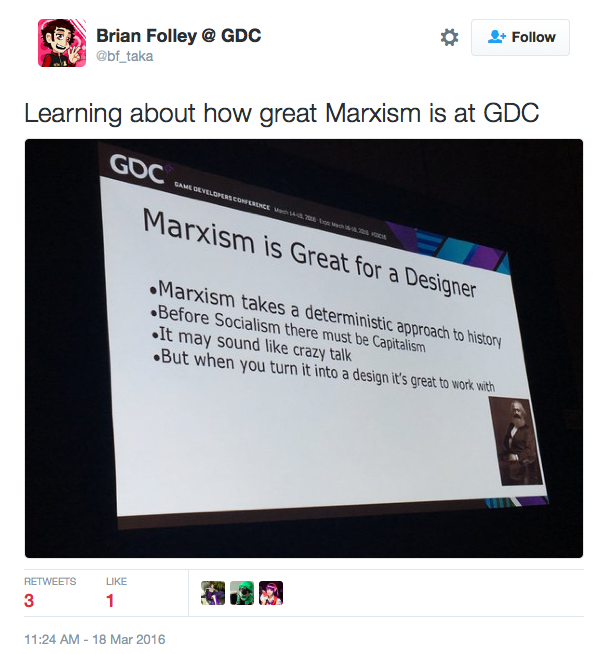 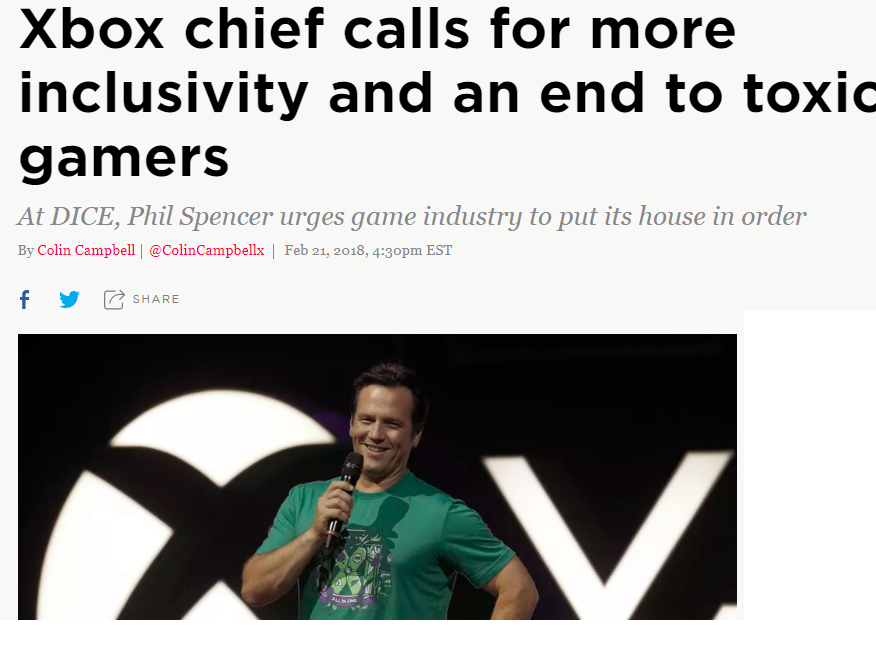 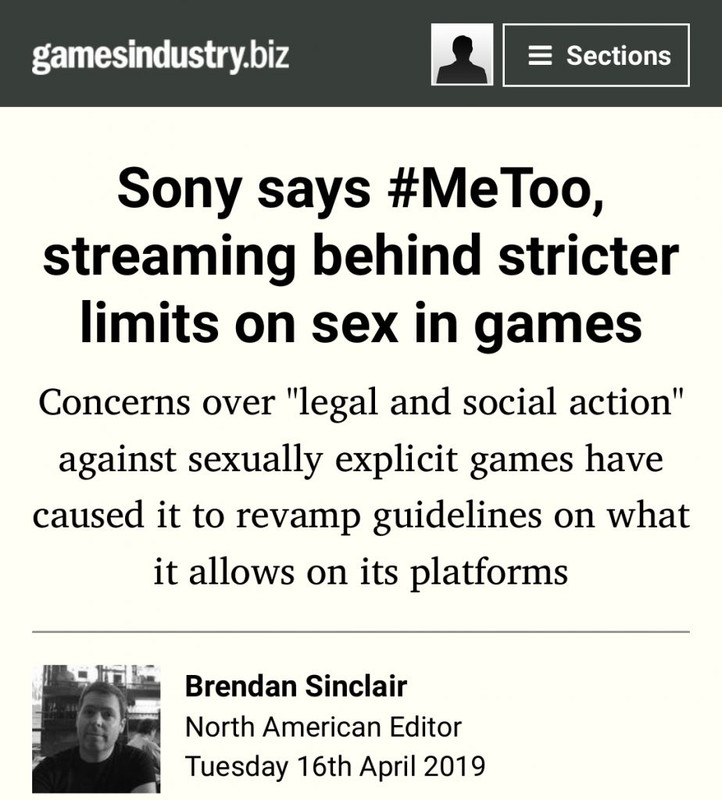 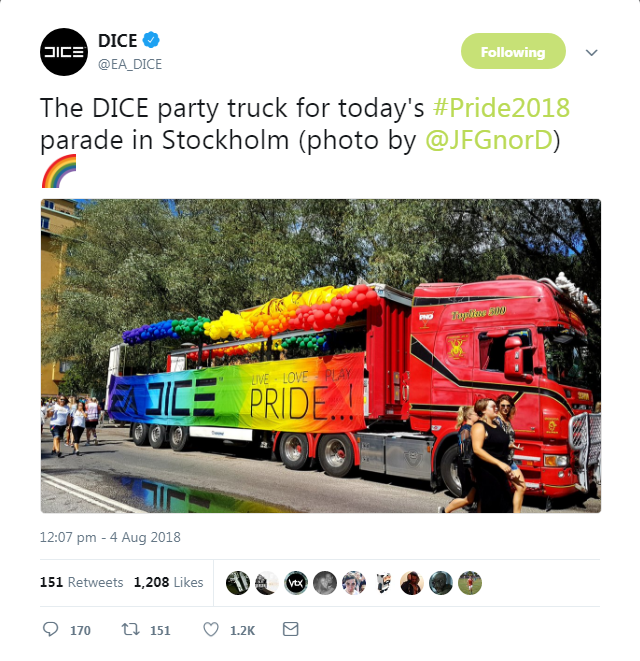 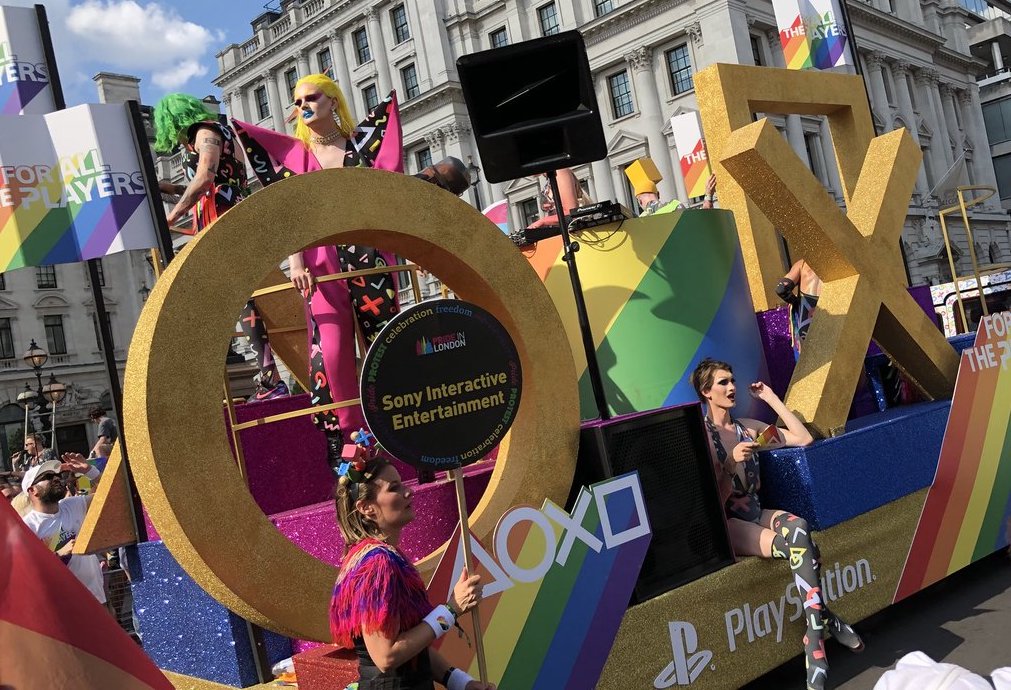 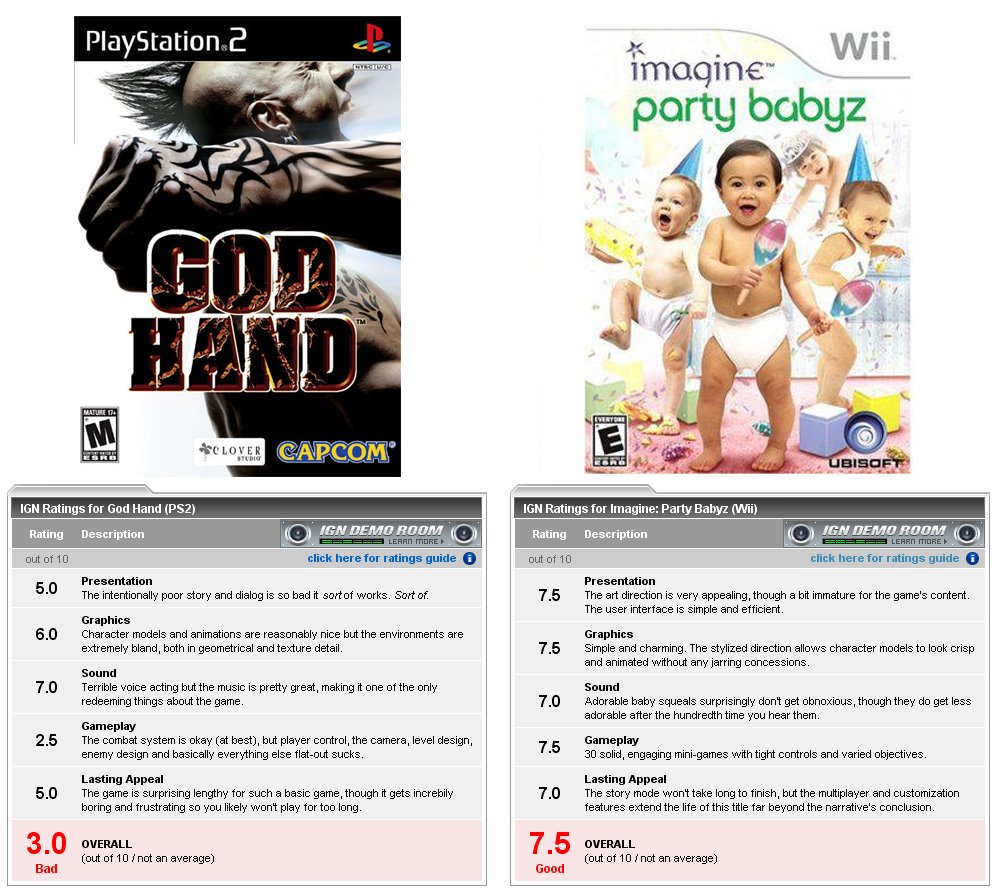 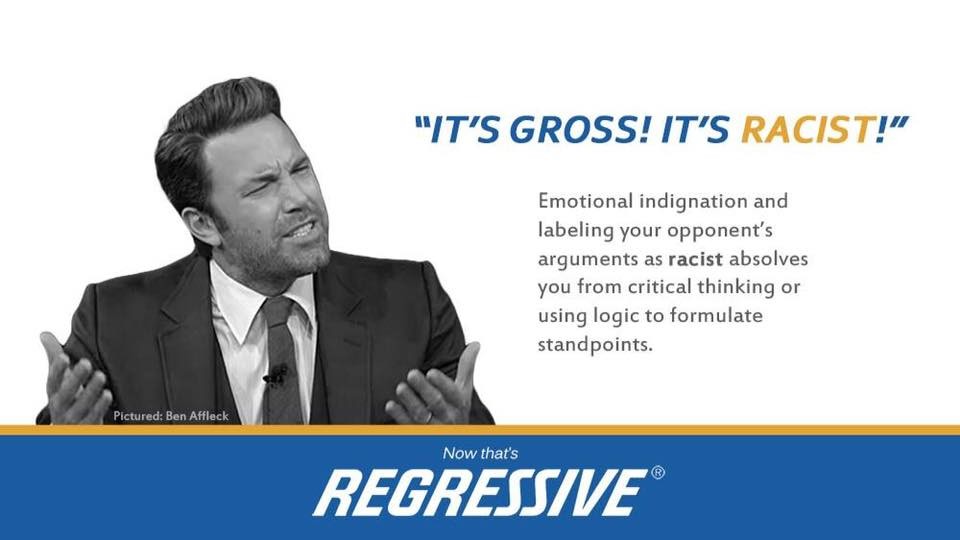 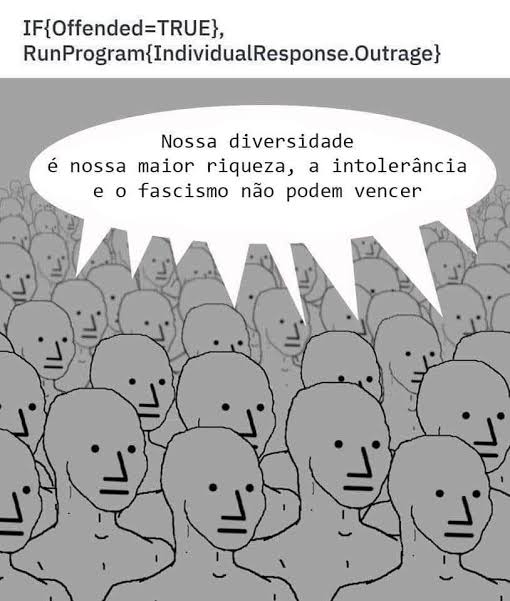 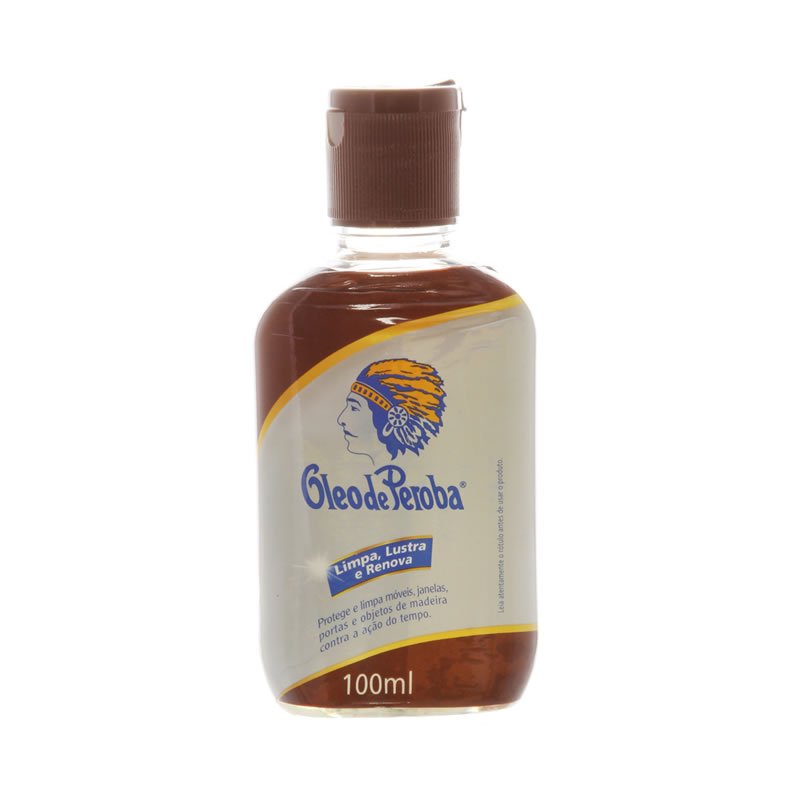