Memes 'will be banned' under new EU copyright law, warn campaigners
Digital rights campaigners are warning that the law could lead to the destruction of the internet as we know it. 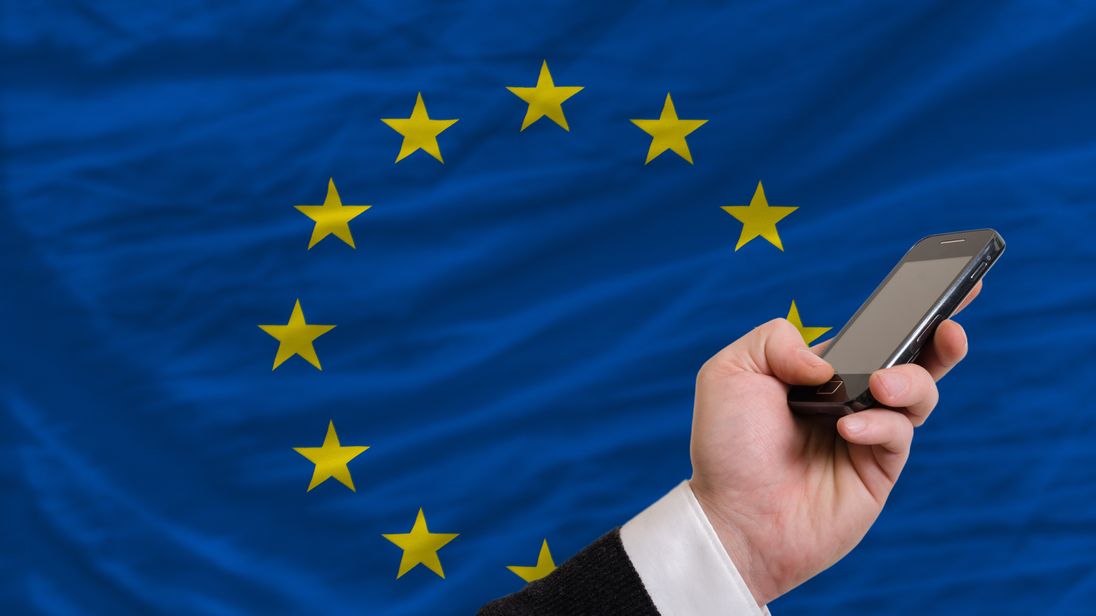 Image: A new EU law will 'ban memes', warn campaigners
A new copyright law from the European Union would lead to the banning of memes on the internet, campaigners are warning.

The EU Copyright Directive intends to protect the intellectual property rights of people who upload their material to the internet.

However, campaigners are warning the law will require "all content uploaded to the internet to be monitored and potentially deleted if a likeness to existing copyright is protected".

The campaign against a particular provision of the directive, Article 13, warns that online platforms would be economically damaged if they were forced to comply with its expensive obligations.

The law would "destroy the internet as we know it" warn the campaigners, who add it would "allow big companies to control what we see and do online".

Essentially, the campaigners are arguing the stringent copyright protections of Article 13 would damage the sharing of parody content and memes which, while themselves being original and creative works, are often developed from other people's original content.

Memes including image macros - such as the stock photograph of a distracted boyfriend taken by photographer Antonio Guillem - are often shared without the approval of the copyright holder. 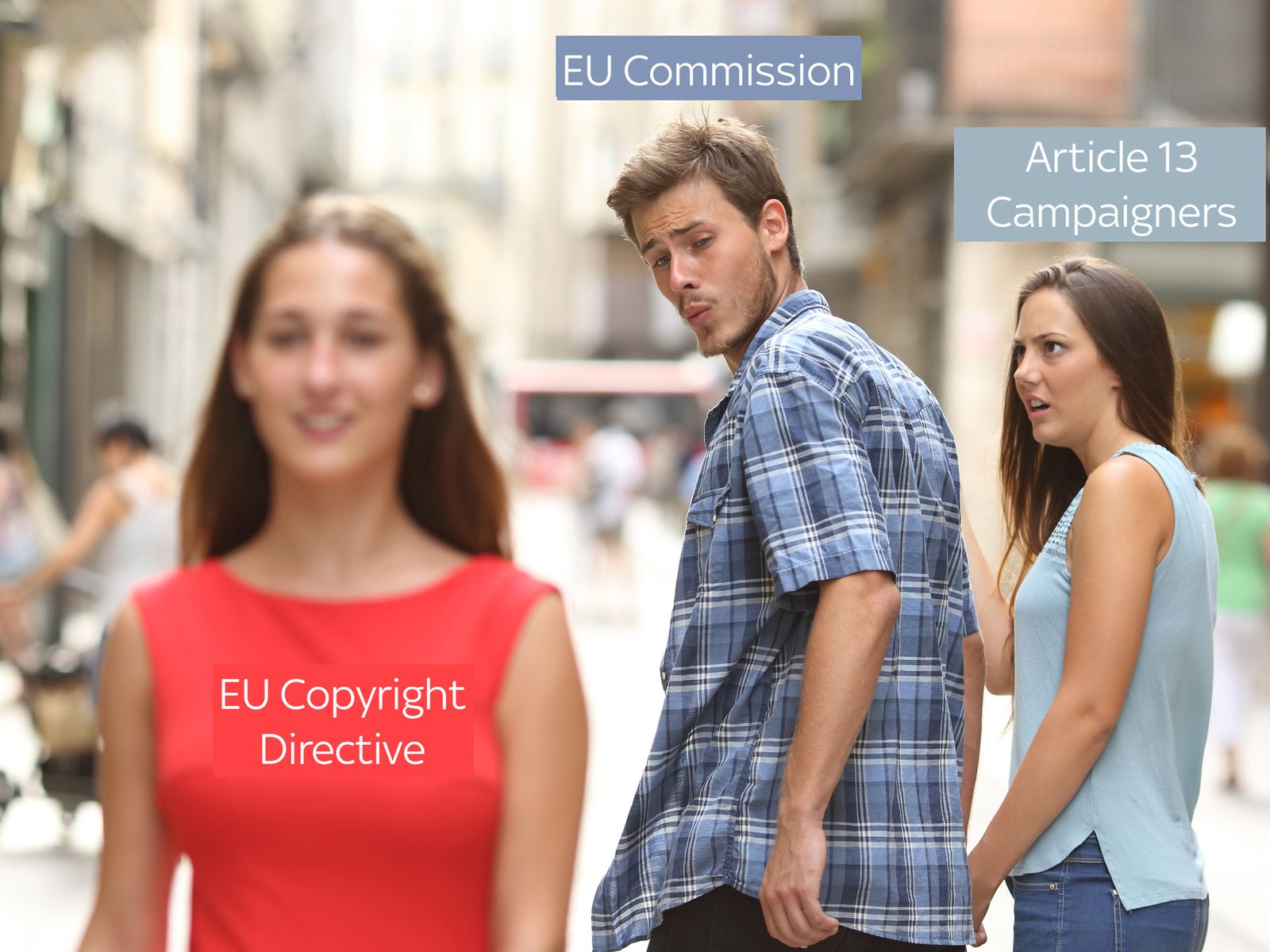 Image: The 'distracted boyfriend' photo was taken by Antonio Guillem and used as a meme
The campaign follows an open letter sent by academics from intellectual property research centres in Europe regarding the copyright directive.

The allegations have been robustly rejected by the European Commission.

Introducing the legislative drive in 2016, European Commission president Jean-Claude Juncker said he wanted "journalists, publishers and authors to be paid fairly for their work".

The copyright protections would apply to that work "whether it is made in studios or living rooms, whether it is disseminated offline or online, whether it is published via a copying machine or commercially hyperlinked on the web."

In response to the campaign, a European Commission spokesperson told Sky News: "The idea behind our copyright proposals is that people should be able to make a living from their creative ideas.

"The proposals to modernise EU copyright provisions will not harm freedom of expression on the internet.

"They take into account technological developments that have already been introduced by some of the major players and which help in two ways.