Super Mario Bros will never die. Nintendo always gets around to re-releasing the 1985 classic on every new console it makes, and people always buy millions of copies. But what about games that aren’t beloved? Will they survive?

Nothing is certain, but one thing makes preserving our history a lot easier: emulation. Getting old Atari, Nintendo, and Sega games working on your computer, while legally complicated, helps ensure that even the most obscure titles stay alive in some form.

Collections Aren’t Enough
If not for emulation, how would games be preserved? Well, there are collectors. People who obsessively scan eBay for obscure games, then buy and preserve them, go a long way to making sure no games disappear forever. One such person, Nate Duke, sold his collection for $25,000 after years of making acquisitions. Collectors like that, who purchase even the least-loved games, create a market for obscure titles that helps ensure they survive.

But even that has limits. Cartridges eventually break down, CDs stop working, and in theory that could mean entire games disappearing from the world forever. And we know exactly what losing work looks like, because it’s happened throughout history.

When Media Goes Missing
Scrolling through Wikipedia’s page of lost works is downright depressing. So many writings by great minds have disappeared forever, and we only know about them because of references in other documents. Some of this happened because people lost interest, some of it happened because of fires, and some weren’t kept around basically because no one saw value in doing so.

It sounds like a problem for the ancients, but we’re not much better off in the modern world, in part because we’re not good at knowing what future generations will value.

Here’s a good example. In the 1960s, Doctor Who was largely seen as a silly science fiction show, and the BBC saw no compelling reason to keep copies of already aired episodes around. They recorded over the originals of several episodes, largely to save money on tape (a common practice for shows at the time).

Over time, Doctor Who became a cultural institution in the UK and beyond, and fans all over the world very much wanted to see those missing episodes. A few were recovered in spectacular fashion, as Philip Morris, talking to the BBC, outlines here:

The tapes had been left gathering dust in a storeroom at a television relay station in Nigeria. I remember wiping the dust off the masking tape on the canisters and my heart missed a beat as I saw the words, Doctor Who. When I read the story code I realized I’d found something pretty special.

Even with efforts like this, some episodes are still missing. It’s possible they’ll never be found.

How Emulation Helps With Preservation
Which brings us back to emulation. An original cartridge or CD in a display case preserves the game, in part, but it doesn’t necessarily preserve the experience of playing the game. At least, not in a way that most people can join in.

Emulators can’t bring this back completely—the buttons won’t feel the same, and you won’t be looking at the same CRT monitor. But in terms of keeping classic titles around, in a playable state, emulators do the job. And The Internet Archive is helping to make this happen. You can browse their collection of playable classic games right now, and play them right in your browser. They offer DOS games too.

A Secret To Everyone: Emulators Help Preserve History
It’s hard to imagine any Doctor Who episodes disappearing completely in 2018, and piracy is no small part of that. Even if every TV station on earth deleted all copies of an episode, Usenet and BitTorrent would still offer it. It’s not hard to imagine the BBC eventually grabbing the episode from there to restore their archives.

That doesn’t make pirating TV episodes legal, or even morally acceptable. But that preservation is one advantage to the current situation. And emulators and ROMs are similar. In a way, setting up RetroArch, the ultimate emulator, is an act of helping to preserve history. One that is, in all likelihood, violating copyright law, of course. But one that helps preserve history all the same. 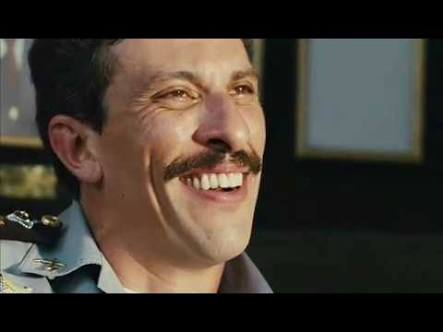